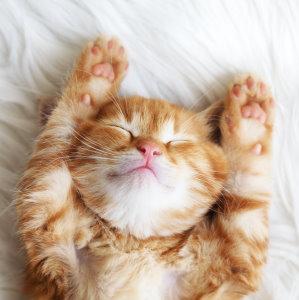 With pets at home, urine accidents are bound to happen once in a while and they can leave behind a very unpleasant odour. Removing pet odour from carpet can seem like a daunting task, but knowing the right steps to take will make it a success in the end.

If you need to remove general pet odours from carpet, a heavy sprinkling of baking soda over the entire surface will absorb and neutralize odours. The soda should be allowed to sit undisturbed for a few hours before being vacuumed. This can help with the odours left by pet fur and things tracked in from outside, but it doesn’t work as well on urine accidents. Other cleaning steps need to take place before using baking soda to remove a urine odor.

Get to Urine Accidents Fast

Whenever possible, it’s very important to tackle a urine accident immediately after it happens. The first line of defence against lingering odours is to remove as much of the urine as possible during this initial cleaning. You will need:

As soon as a fresh urine stain is discovered, a layer of absorbent towels should be laid over the top. Newspapers, which are very absorbent as well, can be laid over top of the other towels. (Newspaper should not be placed next to the carpet, however, because the ink will bleed into the carpet fibres.) A heavy object should then be placed on top of the towels and newspapers, or you can stand upon them. The pressure will help the towels to absorb urine that has seeped into the carpet padding.

Once the towels are wet, they should be replaced with dry towels and the process repeated. New towels should be used until no more urine can be absorbed. This is absolutely essential, no matter how long it takes. Any urine that is allowed to remain will most certainly cause unpleasant odors.

If urine is discovered on the carpet after it has dried, cool water can be used to loosen it and allow it to be absorbed. Several cups of water should be poured over the stain–enough water to reach into the carpet padding without making the area soggy. After the water sits for a few minutes, it can be absorbed with towels and newspaper as described above.

When cleaning the urine accident, it’s important to use a cleaner that will neutralize and destroy the odour-causing compounds. Both baking soda and vinegar are able to neutralize odours naturally. Vinegar makes a good stain remover as well and can be used in place of a commercial cleaning agent.

A combination of one cup plain white vinegar, one cup water, and 1/4 cup baking soda can be scrubbed gently into the stained area with a damp cloth or brush. The area should then be allowed to dry completely, which may take from four to eight hours. After it is dry, the vinegar smell will be gone and the baking soda can be vacuumed.

If you prefer to use a commercial cleanser, it’s important to choose one that contains live enzymes. These work to remove pet odours because they literally digest the bacteria that causes the unpleasant odour. The product should be applied according to its label directions.

If the smell remains after a few attempts to clean it, hire a professional carpet cleaning company such as the Carpet Doctor based in Dublin to thoroughly cleanse and sanitise the flooring. This is a solution that is cost effective and quick, and will leave the carpet immaculate.